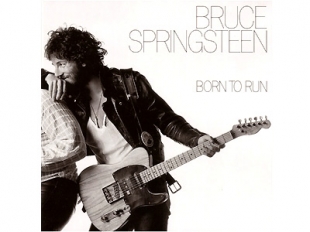 Fender struck gold with the Stratocaster - it was compact, easy to play and it had a clean tone that cut through the rest, but what it lacked was real driving power. To achieve those richer, fuller chords and chugging riffs, the Telecaster tends to be the Fender of choice.

It's actually the world's oldest solid-body guitar, it's genesis dating back to the late 40s - it hasn't been out of production since then. Leo Fender's design was instrumental in the development of mass electric guitar construction via a production line, effectively making the possibility of being able to afford (or indeed find one) much easier.

Keith Richards of The Rolling Stones uses plenty of Telecaster Customs as his live guitars, while Bruce Springsteen popularised their cool appeal by showing it off on the front of his 'Born to Run' album (actually it was a Telecaster crossed with an Esquire). Muddy Waters allows his to screech and snarl for his timeless blues playing as well. For an example of how versatile it is, listen to Jeff Buckley's 'Live at Sin-e (Legacy Edition)' whereby Buckley played completely solo with one Telecaster.