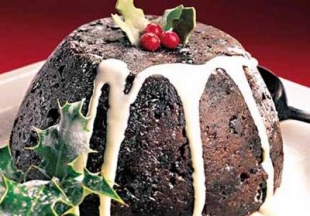 Eating a Christmas pudding after stuffing your face with turkey became tradition in the Victorian era, when the puddings we see today took their final form.

Before this, however, it began in the 1400s when putting meat with dried fruits and plums were a form of preserving the meat throughout winter. This was placed with pastry over the top to withold the texture and taste.

The mince pie kept its name over time, but the plum pudding soon became the Christmas pudding in the 19th century when meat preservation improved and flour, sugar and spices were added to the dried fruits.