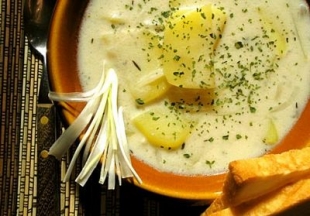 When someone is ill, chicken soup has always been suggested as a way of helping to ease the symptoms and recent research suggests that this is actually true.

Stephen Rennard carried out a study in which he found that the movement of neutrophils was reduced when eating the winter warmer, meaning that inflammation was lowered.

He could not find an explanation as to why this happened, but suggested that canned soup worked as well as homemade soup.