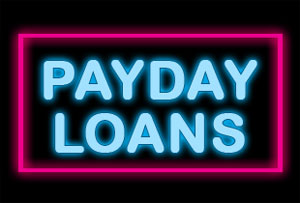 John Sentamu, Archbishop of York, has waged war on the government entities responsible for allowing millions of British workers because of their very low wages that could barely sustain very basic needs.

While debates between the government, political parties and the church are going back and forth on what could be the rightful living wage, millions of affected workers have perhaps taken their needs to the nearest loan shark or payday loan providers, in order to be able to augment their pay checks.

For people walking on a financial tightrope, they see these short-term lenders as their ticket to redemption. Why is this so? Simply, because one can get a loan so easily without going through the usual rigmarole of credit checks, collaterals and co-makers.  This could be truly so if the borrower can pay his payday loans and try to subsist with whatever remains to take home.

However, the harsh reality is that come next payday, the borrower may not be able to pay his loan, so he may have to take on another loan from another lender, or be coerced to roll over his current loan with compounded interest, not so different from digging his own financial grave.

It is not surprising that payday loans have become a multi-billion industry as scores of low income workers turn to them every month.

It will take a lot of sensibility and resolve to get out of this depressing cycle. But it can be done. A lot of problems brought about by short-term loans stems from the borrower’s lack of information and self-discipline. Perhaps, every wage earner’s golden rule should be “spend less than you earn”, then the workforce’s finances will be in a better shape.

Make the cost of your degree look smaller with planning

Teaching kids what they need to know about money

Savings Vs Stocks- where to put your money?

Fear is not the only reason why generation are not investing

Benefits and drawbacks of investing in properties

3 ways to freeze your savings plan

How to avoid underqualified financial advisors

Help save money: Savings opportunity for everyone

Safeguard your future with just Â£50 a month

Make money online with Forex - what is it?

The benefits of buy to let options

Your Priority is Your Success; Prioritise Your Savings

Prepare for the unexpected by starting an emergency fund
Increase your savings and stash it away for the future
What to remember when considering passive income
Factors that should influence how you invest
Building wealth with the right investment mentality
Common mistakes investors make
Few things to consider about savings accounts
Saving culture on the decline!
Investment â€“ Boosting Retirement
Tips for choosing annuities
Rise of investments in fine wine
Narrowing down investment options
Five steps to help you begin investing
Tips for investing for retirement years
The basics of annuity purchasing
Getting your loan rejected and working your way up
Why investment bonds make for attractive solutions
Avoiding pitfalls when investing
Five tips for do-it-yourself investors who are just starting out