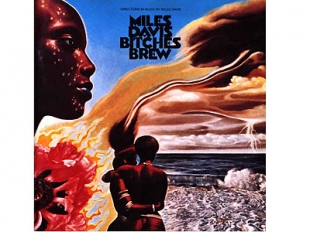 He had pioneered cool jazz and modal jazz previously, but Miles Davis managed to explode the jazz genre again in 1970 with his release of 'Bitches Brew'. While the world renowned trumpeter had drafted in electric instruments on his albums before, 'Bitches Brew' really kicked, and it also buried traditional jazz rhythms along the way.

In their place were rock-influenced, sparse improvisations and haunting echoes - no track really finishes; they meander through insanity and back again. The title track is 27 minutes long. All of this made 'Bitches Brew' unconventional and uneasily received upon its initial release - no one had heard anything like it. The 'jazz rock' genre was officially born thanks to this nightmare of a double album.