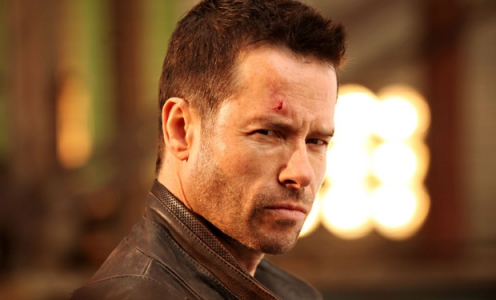 Unknown to many, 'Memento' and 'Iron Man 3' star Guy Pearce has been writing music since he was cast in the Australian soap opera 'Neighbours' back in the 1980s. However after 'Neighbours' co-stars Jason Donovan and Kylie Minogue became chart hits, Pearce didn't want to jump on the bandwagon with his broodier material.

But now, with the album 'Broken Bones' in the can and single 'Storm' [link here] released to the world, he's changed his tune: “Getting it out, either out of my head, or out publicly, was really important for me to move on. I don’t want to be an 80 year old man saying ‘I’ve been working on this song for 42 years now, what am I going to do with it?’ If people don’t like it, I don’t care. I’m at that point now. I want people to like it, obviously, but I don’t care about my reaction if they don’t like it.”

Success rating: Four stars - It's an ambitious and atmospheric debut. So far so good for Guy Pearce; let's hope the 'LA Confidential' star doesn't keep any more of his music under wraps.