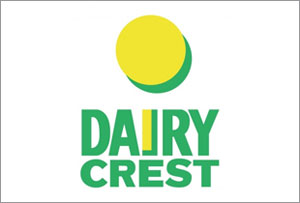 In the event that the firm goes bust, the trustees can sell the Â£60 million worth of firm's best-known cheddar Cathedral City.

Dairy Crest has granted charge a floating of the firm’s best-know cheddar Cathedral City to its pension fund trustee. This means that in the event that the firm goes bankrupt, the trustees will be the owner of 20,000 tonnes of cheese and sell it for about £60 million.

In 2010, Diageo did the same thing with whiskey. However, other companies have done it with shares or properties.

Cathedral City cheese, which is manufactured in Davidstow, Cornwall, is stored in a warehouse in Nuneaton, Warwickshire where it is left to mature for around 12 months before it hit the market. Daily Crest usually stock around £150m worth of maturing cheese in the said warehouse every year.

The firm had a pension fund deficit of £84m in September 2012. Last year, it sold its French spread business for £341. The company used this to cut back bank borrowing and strengthen pension fund. . To cut interest charges, the firm recently announced that it will buy back £100m worth of loan notes to save around £7m every year.