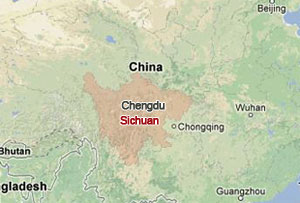 Many Chinese troops have been sent to help out after a 6.6 magnitude earthquake hit China’s Sichuan province on Saturday, 20thApril.

Media reports differ over the death toll, with some reports stating at least 180 people have tragically lost their lives, while other reports claim there could be up to 200 people who have died or who have not been found, as of time of press.

Thousands of people are understood to have been injured. And thousands have been left without a home following the earthquake. Many individuals have been evacuated from the area as tremors from the quake continue to disrupt people’s lives.

Rescue workers and volunteers are helping hit parts, in particular Longmen is one area that has been affected. Rubble surrounds citizens in the wake of the quake, and it is believed that many are without shelter.

One factor that continued to cause problems was the tremors that took place over the weekend after the original earthquake. This seems to have hindered aid reaching certain affected areas.

Longmen is in Lushan, in the south-west of the Sichuan province in China. The country’s capital is Beijing, with its President being Xi Jinping, who rose to the post last month on March 14th, 2013.