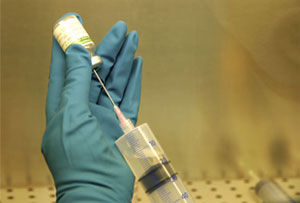 Following a survey linked to senior nurses, it was found that nearly 75per cent are concerned over particular staff levels, it has emerged. Also, one individual has responded to the government plan which calls for individuals who want to be nurses to be involved in certain training.

A survey by the Royal College of Nursing looked at 2,000 senior nurses in connection to both wards and the community. Almost three quarters of those involved claimed that staff numbers dropped to an un-ideal level at least once each month.

With regards to staff numbers, a spokesperson from the Department of Health has expressed that there is “no excuse for hospitals that don't have enough staff on the wards” although having a set number of staff was not the solution.

By this, they added that staff numbers should be decided upon with patient care in mind.

One plan from the coalition is to have individuals who are aspiring to become nurses working as healthcare assistants. It is understood this would be for the duration of one year, while the person is in training.

This has received criticism from Andrea Spyropolous, of the Royal College of Nursing, who said that the idea was “stupid”. She said: “I don't believe it will happen. I believe it is a really stupid idea that will not benefit patients.”

The idea was announced by the government in March, following the Francis inquiry, which concerned the Mid Staffordshire scandal.