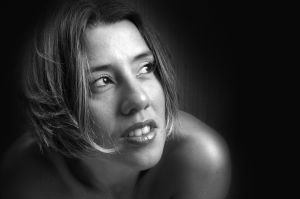 Based on statistics, women in their late 3's and 40's are twice as likely to contract cancer as men.

Official figures from the Office for National Statistics have revealed that women in their 30s and 40s have higher risk of getting cancer compared to their male counterpart – with breast cancer largely to blame.

Statistics show that breast cancer remains to be the most common cancer to affect women ahead of lung and colorectal cancer.

The figures also revealed that the tables are turned for elderly men. Men aged 65-69 have 39per cent higher chances of getting cancer compared to women of the same age.

Nick Ormiston-Smith, statistical information manager at Cancer Research UK, said: “Even though you’re more likely to get breast cancer when you’re older there are some younger women who contract it. Overall, however, men are more likely to get cancer than women across all ages. You’re about 14 per cent more likely to develop cancer at some point if you’re a man.”

CiaránDevane, chief executive at Macmillan Cancer Support, said that the figures are worrying. She said: “It is startling that the number of new cases of cancer diagnosed has soared by nearly a fifth in the last ten years.