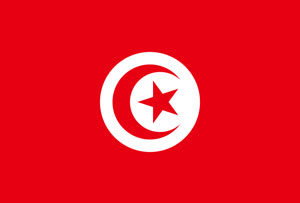 Following the assassination of opposition leader Mohamed Brahmi, thousands of people have taken to the streets to stage protests. Mr Brahmi was shot in front of his wife and youngest daughter outside his home on Thursday morning. The assassination took place 5 months after Chokri Belaid, another opposition politician, was killed.

Protesters attacked Ennahda’s headquarters in Sidi Bouzid. Mr Brahmi’s family has reportedly accused Ennahda of being behind the killing. However, Prime Minister Rached Ghannouchi, the party’s chief, has rejected the charge, calling the assassination “a catastrophe for Tunisia.”

On his party’s Facebook page, he said, as quoted by The Independent in one report: “We heard, with immense sadness and shock, the news of the assassination of politician and member of the national constituent assembly Mohamed Brahmi, today. We condemn this cowardly and despicable crime. We pray for the soul of martyr Mohamed Brahmi and present our sincere condolences to his family, praying that God grants them patience.”

Meanwhile, President Moncef Marzouki told one newspaper, Le Monde, that he had no doubt that the same people are behind the killings of two opposition politicians and that the killers want to destabilise Tunisia.