Telematics: The future of driving? 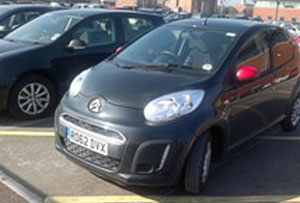 Regular readers will be well aware that telematics technology is increasingly being used as a way to drive down the cost of car insurance, particularly for young motorists - but is there more to this technology than meets the eye?

Citroen has recently launched the C1 Connexion, a quirky little five-door model that comes with a telematics 'black box' installed as standard, which means drivers can take advantage of the potential savings offered by pay-as-you-drive insurance.

However, there's more to this black box than just insurance, as it also bundles in satellite navigation services and breakdown recovery as part of the package, which suggests that telematics could offer motorists a lot more than reduced premiums.

I took one for a road test to find out...

The first time I road-tested telematics technology was as part of the DriveFactor/MoneySupermarket telematics programme, and this involved me fitting a small device to my car's diagnostics port that would relay information back to DriveFactor to allow the experts to assess my driving behaviour.

Using this system I could check my progress via an online dashboard and, if I was scoring badly in any particular area, I could amend my driving accordingly to bring my score up. You can read more about this in my article, MoneySupermarket tests telematics.

The telematics technology built-in to the Citroen C1 Connexion works along the same sort of lines, and drivers who take Citroen up on its 'free first year' insurance offer (more on that here) are given access to an online portal where they can check their progress and change how they drive, if necessary.

Citroen's telematics technology is provided by Trafficmaster, a vehicle tracking company, which also means a satellite navigation service is provided to C1 Connexion drivers. This left me a little confused as there is no dashboard display screen, as you would expect with a standard satnav device.

The satnav is activated by pressing a button mounted just above the stereo. This dials into a call centre: you simply tell the operator where you need to go, they enter the details into a computer which then talks you through the rest of your journey. There's no need to tell them where you are - they already know!

While I had the guy from the call centre on the line I asked what other services were offered as part of the telematics package. He explained how it included Citroen Assist breakdown recovery, a direct connection to the emergency services and a direct dial through to the insurance company for anyone who has taken up the car firm's insurance offer.

These services are free only for a limited time. The SmartNav routes are free for three months or 15 routes, whichever comes first, the emergency breakdown service is free for 12 months, while both the stolen vehicle tracking and the safety camera alerts are available free of charge for three months.

Insurance services are also available free of charge for 12 months for drivers with more than two years no claims discount who pay for the car using Citroen's Elect 3 or Elect 4 finance.

These services show how telematics and the associated technology have the potential to be a game-changer in terms of how we use our cars and behave on the roads. Telematics-based insurance encourages and rewards safer driving while a GPS system can pinpoint your exact location, even if you've no idea where you are, and alert the relevant services in the event of a breakdown or an accident.

But fitting telematics as standard as part of the car manufacturing process is truly radical. It gives manufacturers a significant presence in both insurance and breakdown recovery services - and this is something that has not been lost on insurers.

At the recent ABI Motor Conference I attended in London, some insurers expressed their concerns that factory-fitted telematics technology would allow car manufacturers to get a foothold in the insurance industry, meaning that traditional insurers could be bypassed completely. Not good news for 'traditional insurers', obviously, but would it be such as bad thing for insurance buyers? Only if levels of competition and choice were reduced, leading to higher prices.

One argument runs that, if car manufacturers enter the insurance market, competition would be increased, there will be more telematics policies to choose from and the increased competition could drive down the cost of cover even further.

Fitting the telematics kit while the car is being built also gets around another problem that has begun to emerge as telematics insurance has grown in popularity - what happens at renewal if you want to leave one telematics provider for another?

Telematics providers have not put much effort into 'portability' because they want to hang onto the customers they've got. Even if the telematics analysis shows the individual to be a risky driver, the premium can simply be increased accordingly.

But one of the best ways to find cheap motor insurance is to shop around each year at renewal. Under the current system, the individual insurer owns and installs the black box and, if you change provider, this has to be uninstalled and a new box fitted by your new insurer - all of which could prove costly for everyone concerned.

However, if the black box were already fitted to the vehicle during manufacture, it could be designed as a standard device that could be accessed by whichever insurer the driver chooses to go with each year.

This problem of portability is one that is already being addressed by a number of insurers, and some software houses are already developing smartphone apps that could offer bespoke, and portable, telematics solutions to the mass market, potentially by the end of this year.

The future of telematics?

So, could the Citroen C1 Connexion be a glimpse into the future of telematics? I, for one, certainly hope so, as the technology is far too versatile to be used solely for insurance purposes.

In addition to the safety and security benefits - via the vehicle tracking that can pinpoint your location should you be involved in a smash or have your vehicle stolen - telematics can also be used for fraud prevention, particularly in crashes where there is a dispute over who is at fault, or how and where the crash happened.

And greater fraud prevention should also help to bring down the cost of cover for everyone, potentially to the tune of £50 off the average premium price - there's more on that, here.

One concern I did have was that the satellite navigation services could take telematics policyholders onto more dangerous roads that could, in turn, push up the price of their cover. However, upon talking to Mark Bayliss from telematics insurers insurethebox, I was informed that, with the exception of at renewal, premiums are never increased mid-term due to unsafe driving.

Mr Bayliss said: "Our approach is the carrot rather than the stick. The safety of your driving will influence how many bonus miles you receive and our generosity on renewal. Your choice of roads is one of five criteria that influence how we assess your driving, country lanes being among the most dangerous rather than A roads. Having said that, we would rather you drive carefully down a country lane than like a racing driver down a M-way. The other criteria are your speed, whether you take breaks on long journeys, smoothness of driving (e.g. No sharp cornering or sudden braking except in an emergency) and time of driving."

So telematics insurance really does promote safer driving and prices could become even more competitive if more players enter the market.

However, even if the market does become more competitive, it's still important to shop around for the best deal on cover to help ensure you get the best price. And if you do take up a manufacturer's offer of one year's free insurance, then be sure to shop around come renewal time.

What do YOU think about telematics technology? Let us know, here.

Do you know about the new ban that will overhaul how you choose your car insurance?

Understanding the cost of car insurance

Ways to get cheaper car insurance

How to reduce auto insurance premiums for over 50s

Hit by uninsured driver? Know what to do

How does drunken driving conviction increase your insurance costs
Poll

Business car insurance: What is it and who needs it?

How to find the cheapest auto insurance

Ways to save on car insurance

How to get cheaper motor insurance using the net

When is the best time to file a car insurance claim?