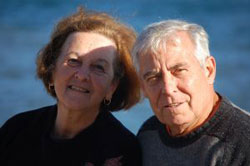 Records show that a higher number of individuals over 50 nowadays are being diagnosed...

Records show that a higher number of individuals over 50 nowadays are being diagnosed with the deadliest form of skin cancer. The number has also increased over the past 30 years.

According to statistics experts, this can be linked to the rise of tanning salons and cheap beach holidays under the sun, two trends that boomed back in the 1970s. The coincidence of these two trends, plus the fact that people back then were not yet aware about the harmful effects of ultra-violet rays and therefore did not use sunscreen, seem to have major consequences that are only just being felt today. Now, the adults who were involved in the dubbed ‘sun generation’ are paying a deadly price.

Cancer Research UK says that an average of 25 cases of malignant melanoma are being diagnosed among individuals over 50 years of age in the UK. The rate has spiked among the 50-59 age group, but the most significant increase occurred in the 60-69, 70-79, and over-80 age groups, all of which experienced increases of up to 5 times.

Malignant melanoma is considered as the deadliest form of skin cancer. Current statistics show that it kills around 2,000 Britons every year, and majority of these fatalities are over 50.