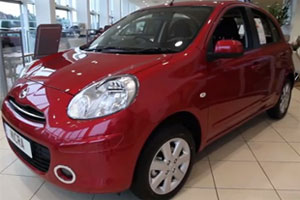 Japanese car giant is recalling 841,000 Micra super-minis, which were built in Sunderland, over possibly faulty steering wheels. This will affect 133,869 cars sold in the UK between December 2002 and May 2006.

No accident has been reported in the UK to date, as of time of writing, but Nissan said it would become apparent if the wheel gets loose.

In a statement Nissan said, as referred to in one report by the Daily Mail: “Nissan is writing to owners of its Micra models built between 2nd December 2002 and 12th May 2006 asking them to take their car to a Nissan dealer for a free check to ensure the steering wheel securing bolt is tightened sufficiently.

“In some cases the steering wheel securing nut has gradually become loose.

“This would soon become apparent to the driver and there is no risk of a sudden failure, but if left unchecked this could eventually lead to the steering column being damaged.”

The firm added: “The check will take less than 15 minutes at a dealer.”