Kate Middleton in hospital in labour 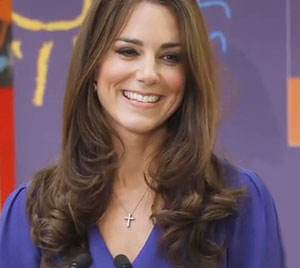 The Duchess of Cambridge has gone into labour

The time many people have been waiting for has arrived, as Kensington Palace has confirmed that the Duchess of Cambridge has gone into hospital in the ‘early stages of labour’.

A statement from Kensington Palace said that the Duchess has been admitted to St. Mary's Hospital, London, as of Monday morning, 22nd July. She was taken to the Lindo Wing there.

It is understood that the Duchess along with her husband the Duke of Cambridge went to the hospital by car.

This is the Duke and Duchess’ first baby. The royal baby will be third in line to the throne.

It is believed that the Duke is expected to take paternity leave from work. He is an RAF search and rescue helicopter pilot.

Members of the press have been outside the hospital of late for the birth.

Kate and William married two years ago in April.

The royal baby will be the Queen’s third great-grandchild.

timetalk Factfile - Find out more about the young Royal Family

Kate Middleton Pregnancy: A Boy or A Girl?

What will be the Royal baby’s name?

Camilla hopes royal baby here ‘by the end of week’

Kate and Wills’ baby is born!