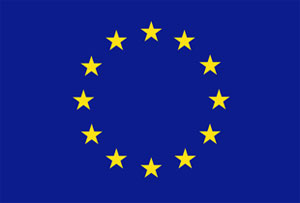 EU will make new proposals and will focus on transparency, governance, and reporting requirements.

EU regulators have quit their proposal to make pension funding rules the same as with those banks and insurers, which could have cost businesses across Europe billions of pounds to make their pension schemes more financially secure.

European commissioner Michael Barnier, who is in charge of drafting business regulation, will make new proposals in the autumn which will focus on transparency, governance, and reporting requirements.

Solvency II rules were originally designed for insurance companies however, regulators previously made the proposal to apply the same rules on the pensions sector.

PensionsEurope, the European pensions-lobby group, reportedly agrees with the decision.

Meanwhile James Walsh, who leads EU and international policy at the NAPF, said that Barnier made the right decision, according to reports.

How you are destroying your retirement life

What you should know about consolidating pensions

Which is better: Pensions or ISAs?

Should you take tax-free cash from your pensions?

Pensions- demystifying the workings of pensions

The truth about early pensions

Start your career with pension plans

Being aware of pension pitfalls

What are your investment options for retirement?

Teachers in England strike over pay and pensions

Do you wish for stress-free retirement?

Pension planning 101
Simple way to calculate annuity payments
Pension: things you need to know
Only 12% of 25m workers save into company pension
Pension holders & The Co-operative Bank
UK Coal And Minersâ€™ pensions
Pensions: how much can you expect from your company?
How to prepare for your retirement
Managing your pension
Why a pension is so important to you
Self-employed? a guide to pensions
Pensions for self-employed individuals
Staff walkouts, museums, pay & pensions!
EU drops â€œrecklessâ€ pension scheme funding rules
How recent reforms on pensions may affect you
Queenâ€™s speech: â€œSimple state pension systemâ€
Plans for overseas pension claimants
Kodak sells two businesses to UK Pension Fund
Dairy Crest pledged Â£60 million to pension fund