Chelsea flower show: how it all started 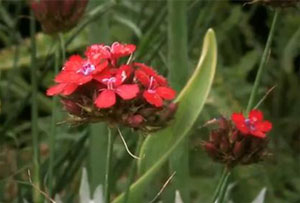 Read on and understand the history of Chelsea Flower Show.

This year, we’ll celebrate the 92nd Chelsea flower show at the Royal Hospital Chelsea. This great event, which has a rich and colourful history, continues to attract thousands of tourists and horticultural fans from all over the world.

The first flower show was held in the spring of 1862 and the first location was Kensington. The popular event was run for twenty-six years until 1988. In order to attract more visitors, organizers had decided to move the show to a more central location in the city and they chose Temple Gardens. This is the location for the show until 1912.

The next year, Sir Harry Veitch was tasked to look for yet another bigger venue to accommodate more visitors. He chose the eleven acres of Chelsea Royal Hospital grounds. This has become the home to the Chelsea Flower show up until this date.

The exhibition, which became even more and more popular every year, was only interrupted twice; for the two world wars. Thus, this year marks the 92nd show rather than the 101st.

Over the course of the past century, the event has attracted 200 exhibitors coming from different countries. Staples are exhibitors from the Netherlands, Australia, and United States, among others.