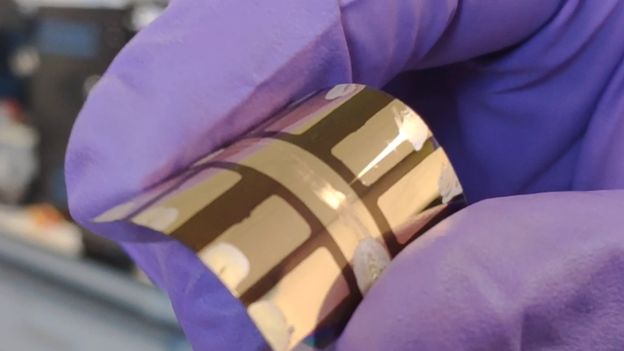 The funding will help explore "all sorts of applications" of the solar technology that have been described as ultra-thin and light-weight films that have the capability to generate electricity for buildings, household appliances and electric vehicles. It will also allow the university's SPECIFIC Innovation and Knowledge Centre to demonstrate scalable production and develop useable prototypes powered by it.

Scientists say that the material, which is made from polymers and can be printed directly onto a product, will prove far more versatile in project where weight and flexibility are key. However, they admit that traditional silicon solar cells will remain important for large-scale electricity generation.

Project lead Prof James Durrant said: "Traditional solar cells are made from quite fragile, thick slices of silicon encapsulated between two pieces of glass, so by their nature they cannot be bent or moulded, and are relatively heavy.

"That's fine for a solar farm in a field, feeding into the national grid, but for a source of power which could be used in the home or in vehicles, we had to come up with something far lighter and more flexible.