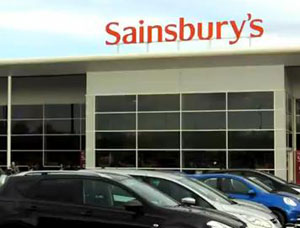 Sainsbury has announced 0.8per cent sales growth in the 12 weeks to June 8th. The retailer confirmed that sales at its convenience stores have increased by a fifth. It also revealed that non-food sales are growing at twice the pace of food. This includes 34per cent increase in electrical sales and 23per cent increase in cookware.

The report came a week after Tesco reported that its sales dropped by 1per cent.

Although sales growth has slowed to the lowest level since January 2005, Chief Executive Justin King is happy with the figures. He said: "This has been a solid performance in what continues to be a tough consumer environment. During the quarter we lapped some of our strongest performance of last year, culminating in the Queen's Diamond Jubilee, and have extended our track record to 34 quarters of like-for-like growth.”

Mr. King also said that Sainsbury is the only major grocer that enjoys growing market share. He added: “This performance is driven by the hard work of our colleagues, whose outstanding performance in serving 23m customers per week has been recognised by the prestigious Grocer 33 Customer Service Award.”