Only 12% of 25m workers save into company pension 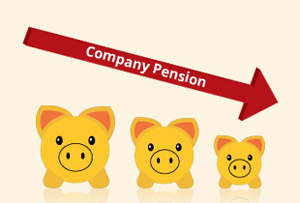 The number of workers saving into company pension dropped to lowest level for 60 years.

The situation for workers in the public sector is different though. Of the 5.7million state workers in the UK, 5.3million are active members of an occupational pension scheme.

State workers, which were forced to pay more into their pensions and retire later following recent changes in the system, still enjoy the most generous type of pension, which is known as a defined benefit scheme.

Dr Ros Altmann, a former Downing Street adviser, said, as reported by the Daily Mail: “It is further evidence of the fantastic pension arrangements that public sector workers have. They are the pensions aristocracy.”

Meanwhile, Lee Hollingworth, of pension consultants Hymans Robertson, said in the same report by the Daily Mail: ‘The simple fact is that those in defined contribution schemes are not contributing enough to secure an adequate retirement income.If the current situation is not addressed, we will soon face a generation of people unable to afford to retire.”