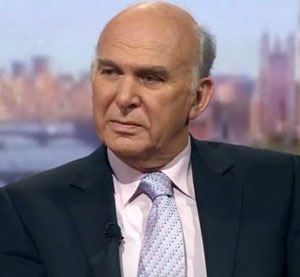 After unions have called to ban zero hours contracts, the Business Secretary has warned of exploitation of these contracts.

One million workers are believed to be under the controversial zero-hours contracts. Under these contracts, employees agree to be available for work as and when it is required. Although this provides flexibility for both employers and employees, Business Secretary Vince Cable fears that these contracts are being exploited.

Unions have called to ban these contracts.

General Secretary of the Unison Union, Dave Prentis, said:  "The vast majority of workers are only on these contracts because they have no choice. They may give flexibility to a few, but the balance of power favours the employers and makes it hard for workers to complain."

Of all the one million employees under the zero hours contracts, only 16per cent of them have said that their employers fail to provide them with enough work each week. Meanwhile, 36per cent of people who are holding part-time jobs said they would like to work more hours.

"However, for some this may be a significant disadvantage where they need more certainty in their working hours and earnings... Zero-hours contracts cannot be used simply to avoid an employer's responsibilities to its employees."