On time or delayed, track flights live and for free 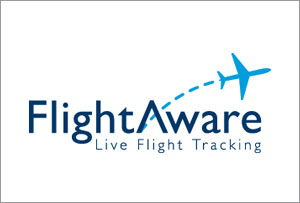 What started as a private Cessna 172 pilot’s need to let his family and friends be able to track his flights has grown to become the first company to offer live flight tracking services for free.

FlightAware.com, a brainchild of Daniel Baker, has never lacked grateful users since it was launched in 2005. It first became a hit in the pilot community and now it has become the most popular site for flight tracking service worldwide.

It lets you have access to inside scoop coming from air traffic control data real time.  FlightAware does this through the integration of global data sources and dependable web-based interface.

The FlightAware.com web has millions of users depending on it for real time flight information making it a certified hit. It is also offered as apps for BlackBerry, Android, iPhone, and iPad, Windows 8, Windows Phone, Playbook and Symbian among others.

Necessity is indeed the mother of invention. It certainly worked for Daniel Baker and it is now working for many, many uk.flightaware.comusers.