My week with an LPG car 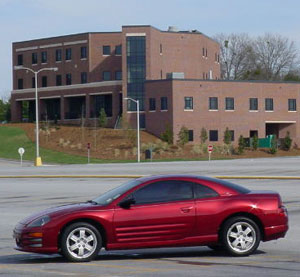 As petrol prices look set to soar again, it's time to consider ways in which we can cut our motoring costs.

The tried and trusted methods of ridding your car of excess baggage and driving at 60mph instead of 70mph on motorways are all well and good, but they're unlikely to make a massive dent in the amount you pay at the pump.

Another way to cut running costs is to buy a brand new, fuel efficient vehicle. But what if you're quite happy with the car that you've got and haven't got the money to splash out on a brand new one?

If this is the case then an LPG conversion could be the answer. Most petrol engines can be converted to run on LPG (Liquified Petroleum Gas), which  is a cheaper and more environmentally friendly fuel that is readily available from over 1,400 forecourts across the country.

The downside is that installation can cost between £1,500 and £2,000 and will leave you without your car for a few days while the work is done. However, once installed, the savings in fuel costs alone mean that the system should have paid for itself within a couple of years.

What's more, you'll also have a cleaner running engine that could last longer than if it were running purely on petrol.

In theory, it sounds like LPG is the ideal solution to rising fuel costs,. But with common complaints ranging from a loss of power to a loss of boot space, not to mention the installation time and cost, are LPG cars more hassle than they're worth?

Thanks to the people at Autogas, the leading supplier of LPG fuel, I got the chance to find out for myself as they gave me one of their bi-fuel models - a pretty nippy Renault Megane 2.0l Sport - to try out for a week.

Given that I currently drive a 1.4litre, 52-plate Rover 25, the LPG car didn't really have to do much in order to outperform my current motor, and so a comparison with that would be like comparing, well, a rubbish old car with a really good new one.

just as well in the higher gears.

Over the course of the 10 days I had the Autogas car, I covered 461 miles, which would have cost me £112.43 for fuel had I been running on petrol. But as I was running on LPG it only cost me £61.67. Break these figures down even further and, to run the car on petrol would cost 24p per mile, as opposed to just 13p per mile on LPG.

So, on this evidence, it would seem that for anyone who covers 12,000 or more miles a year, an LPG conversion would be well worth the initial outlay.

And if you want to do your own sums, use this LPG savings calculator.

The fuel tank and refuelling

Loss of luggage/carrying space has been a long-standing reason why people have been put off converting their cars to run on LPG as the older systems would literally take up half of boot. But the first thing I noticed was that there was no loss of boot space as the LPG tank had been fitted in the spare wheel well (pictured, left).

This is a great space-saving feature. The car came with a foam tyre repair kit in lieu of a spare wheel - which is completely legal. Indeed, some new models now carry these kits instead of a spare.

When it comes to refuelling, LPG cars have a separate nozzle placed just by the petrol filler cap and this did actually cause me some problems the first time I topped up, but that was as much down to my inability to read instructions properly as it was the slightly convoluted filling process.

Basically, you attach the bulky nozzle to the car but, instead of pulling a lever on the handle to release the fuel, you hit a button on the actual pump - imagine filling an airplane while playing a fruit machine and you'll have a rough idea of what it's like.

That said, read the instructions right and you won't have a queue of hungry cars (and increasingly irate drivers) lined up behind you.

Although LPG is available on forecourts up and down the country, there are only usually a couple of pumps available, so you may still have to queue to refuel. And if the pump at your nearest service station is out of action, then you could be faced with a lengthy drive to fill up - this happened to me, and the next nearest LPG pump was about 10miles away.

I didn't really have a problem with this, but can see why some would consider it to be too much of an inconvenience.

Another worry is that there is a risk of getting stranded without fuel. However, this should never be a major concern as cars that have been converted can still be run on petrol. If you run out of LPG while driving (I did!) then the car will seamlessly switch over to run on petrol.

If you want to make the switch to LPG then you must get the system fitted by an UKLPG (formerly LPGA) approved  installer and you can find your nearest specialist here.

Once the installation is complete you must inform your insurer as it is technically a modification, but there should be no increase in your car insurance premium.

You will also have to inform the DVLA so that your car's records can be updated. It will now be listed as 'bi-fuel' instead of 'petrol' and will be eligible for a reduced rate of road tax (giving you every incentive to tell the authorities).

The LPG system will need to be serviced every year so you should probably tie this in with your car's annual service.

As far as the look of the car goes, there'll be an extra fuel cap added for filling up with LPG and the dashboard or centre console will also have an extra indicator to tell you how much gas you have in your tank.

When you start the car up, it will run on petrol for a short time - the gas vapouriser needs to heat up so that the LPG doesn't freeze inside - but it will switch over to LPG without you even noticing.

A cheaper way to make the switch could be to buy a secondhand car that already has a system fitted, but make sure it comes with the paperwork to say that not only it has been fitted by an UKLPG-approved installer, but has also been regularly serviced and well maintained.

From a personal perspective, I found LPG to be a great way to save on fuel costs and I'm now looking to make the switch to an LPG converted car, so watch this space...