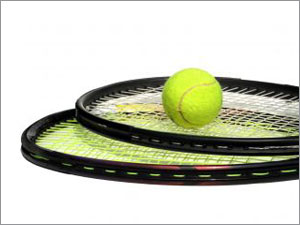 The 2013 Miami Masters tenniscompetition has packed some surprises and stiff competition from 18th March, and will continue until the 31sth of March.

The competition showcases the best tennis players for both the men’s side of the sport as well as the women’s. Here are the men’s rankings as they currently stand:

Depending on future single matches, Richard Gasquet is poised to overtake Janko Tipsarevic’s spot. Juan Martín Del Potro also has a shot of grabbing Tomáš Berdych’s spot as well depending on the number of errors. Andy Murray is definitely someone to watch in the upcoming matches since he has been winning all of his sets lately.

For the women’s rankings in the Miami Masters tennis competition:

The top two spots in the women’s singles are much closer than in the men’s. Williams struggled to win against Cibulková who is currently ranked in 14th place with a total of 2,695 points. Williams will have to play harder in order to hold onto her precarious position in first place, otherwise Sharapova stands to usurp Williams’ title. At the very least Williams may be feeling that Sharapova is a little too close for comfort, but Williams has proven to come through at the last minute in the past Miami Masters tennis matches and in previous tournaments.

Be aware of the potential risks involved with online betting and online gambling.