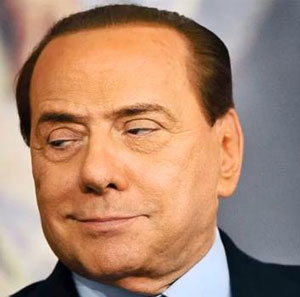 The deal, which was reportedly filed on December 25, states that Berlusconi will pay ex-wife Veronica Lario, Â£30million a year.

Ms Lario has announced that he is leaving the media tycoon after news that he attended Noemi Letizia’s 18th birthday party. She is an underwear model.

It seems that the news pushed Ms Lario to the limits as she claims that Berlusconi never attended any of their children’s birthday parties. She also said she’s fed up with a man who “associated with minors.”

The couple married in 1990 after he saw her perform in a Milan theatre.
Berlusconi announced last month that he is engaged to 27-year-old Francesca Pascale who is almost 50 years his junior.