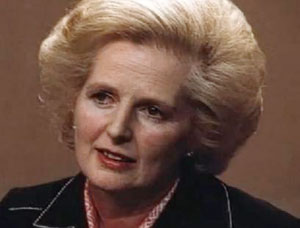 The funeral of Baroness Margaret Thatcher, Britain’s first female PM, is to be held next Wednesday, 17thApril, 2013, it has emerged. However, police are concerned that there may be problems experienced over this ceremony.

It was announced on Tuesday, 9th April, that Margaret Thatcher’s funeral is expected to be attended by HM Queen Elizabeth II. It is understood that plans have been agreed on by both the former PM’s family and Palace officials.

A spokesperson for Buckingham Palace said: “The Queen, accompanied by the Duke of Edinburgh, will attend the funeral service of Baroness Thatcher at St Paul's Cathedral next Wednesday."

With the ‘Iron Lady’ passing away just days ago, there are now concerns over her ceremony.

It is believed police could be checking the likes of social media, as well as forums on websites, for any indication that there may be problems over Margaret Thatcher’s funeral. This could be in a bid to tackle any potential protests.

A spokesperson from the Metropolitan Police said: “London's police, the MPS, City of London and British Transport Police are working together to deliver a security operation for Baroness Thatcher's funeral. Given the nature of the event, our operation will use of a range of appropriate tactics.”

Following the news of her death, arrests were made after street celebrations took place at the start of the week. This relates to certain UK cities, including Leeds, Bristol and Glasgow, according to reports.

Labour man and former Prime Minister Tony Blair said: “Even if you disagree with someone very strongly – particularly at the moment of their passing – you should show some respect.”

With the freedom of speech applying in Britain, officials may have to weigh decisions with this in mind.

Margaret Thatcher appears to be one former PM who has divided a nation. Actions taken during her time as Prime Minister relate to a number of aspects; including mining in Britain, privatisation and also poll tax.