From Bolt to Ennis, historic female boxers and tennis! 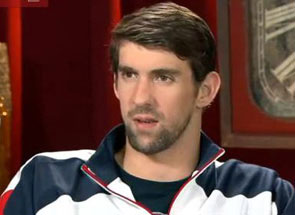 The sporting events of London 2012 have left many memories, so letâ€™s take a look..

The sporting events of London 2012 have left many memories, so let’s take a look at some of the highlights from the Summer Olympic Games.

Not forgetting ‘Super Saturday’ see Team GB’s gold rush, the medals continued to flood in taking Britain to third in the competition.

Beating the current number 1 to gold, Murray did a renowned iconic celebration by heading through the crowd to hug family and friends.

With this saw an 11-year-old fan meet the famed tennis player to the delight of spectators.

Who can forget the Brownlee brothers of Yorkshire, who collected gold and bronze in the triathlon during the games?

Michael Phelps, the most decorated Olympian in the history of the games with 22 medals, put on an exciting race with the 200m butterfly.

In this event, which USA swimmer Phelps has dominated for over ten years, he finished in second position.

With Phelps coming in behind South African Chad le Clos, it prompted a memorable interview with the gold medallist’s father Bert le Clos.

And Team GB’s Jessica Ennis, the heptathlon champion, and Nicola Adams, first ever female boxer to take Olympic gold, did it for the girls.

Given that no non-African athlete has won the title in almost three decades, Mo’s victory is more so rewarding.

Team GB finished with 65 medals in total, coming behind the Chinese and the American’s.