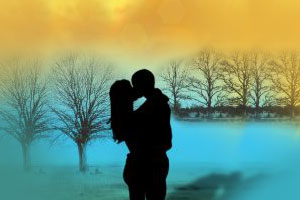 Franceâ€™s Le Petit Robert dictionary has added a new word this year; Galocher - which translates to â€œto kiss with tongues."

A lot of people will surely have an idea when the term French Kiss is brought up. However, only this year that the new word Galocher, which means “to kiss with tongues”,made it to France’s Le Petit dictionary which is a widely used reference manual.

Laurence Laporte of the Robert publishing house said, as reported by The Guardian: “The French have always had many expressions to describe it, such as 'kissing at length in the mouth', but it's true, we've never had one single word.”

The term French kiss is believed to have been brought by returning soldiers from World War I. During that time, the French had a reputation for more adventurous sexual practices.

“La galoche” is an ice-skating boot so the new term riffs evocatively on the idea of sliding around the ice.