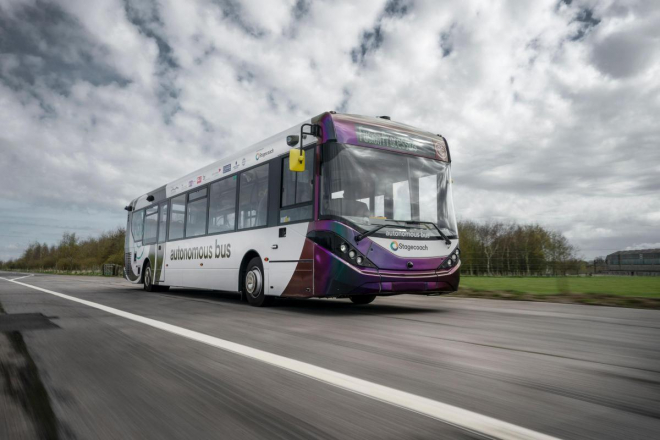 Scotland's newest bus is officially the UK's first full-sized autonomous vehicle of its kind to take to the roads.

Stagecoach is set to launch on-road testings in preparation for passengers stepping aboard later this summer.

Sam Greer, regional director of the company in Scotland, said: “This is a major step forward in our journey to fully launch the UK’s first full-sized autonomous bus service and will provide easy access to a brand-new bus route in the heart of Scotland,”

The CAVForth pilot will see five single-deck autonomous buses operating over the Forth Road Bridge between Ferrytool Park and Ride in Fife. They are equipped with sensors that enable them to run on pre-selected roads without the safety driver having to intervene or take control.

Jim Hutchinson, chief executive of Fusion Processing, said: "CAVForth will provide a useful service to local people as well as being a great demonstration of Fusion’s automated vehicle technology,” he said.

“On-road testing is an exciting milestone in the development of autonomous commercial vehicles and we look forward to welcoming passengers onboard in a few months’ time.”