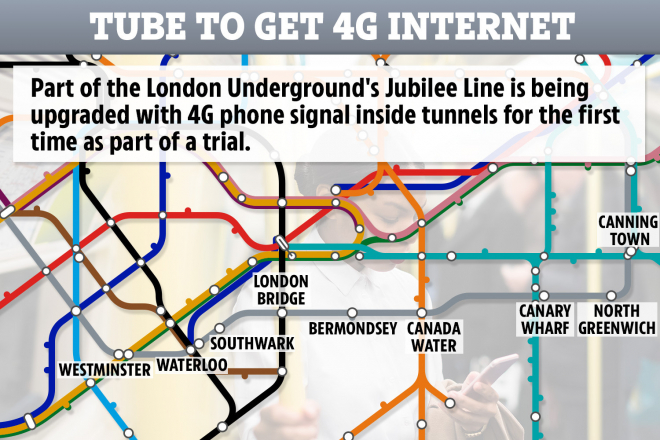 The challenges of installing 4G on the London Underground.

Many Londoners have long been complaining about the lack of mobile connection on the Underground. Thus Transport for London (TfL) is now working towards bringing the service to commuters as soon as possible.

But why does it takes too long for 4G to be delivered on the London Underground when Moscow, Seoul and Tokyo already have the service for several years now? The first challenge being faced by TfL engineers and contractors is the tunnel size. Due to limited space, they have been smashing apart rooms to rebuild fireproof walls and drilling holes through foot-thick floors for cooling.

The other main challenge that kept the project on the back burner is the lack of funding. This has recently changed and available funding is now available to trial commercial 4G in parallel in a project covering the tunnels and platforms from Westminster to just beyond the North Greenwich.

If everything goes according to plan, 4G service will become available to commuters in March. Two leaky feeder cables have already been installed: one for the commercial service while the other one is for the Home Office’s emergency network — and all three need to squeeze into the few spare inches between the tunnel wall and the trains hurtling by, without interfering with each other's signal.