Benedict XVIâ€™s days as Pope are over 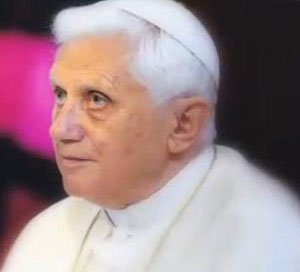 Benedict XVI experienced his last day as Pope on Thursday, waving to crowds before he started his retirement

Benedict XVI stepped down from his position as Pope on Thursday, 28th February, 2013. Crowds gathered at the Castel Gandolfo in Rome to mark the occasion, on the day that he made his final appearance as Pope.

Benedict XVI waved to onlookers, and those viewing via the TV from the comforts of their home witnessed the swift helicopter ride that took place. This was prior to the time when his reign as leader of the Catholic Church drew to a close.

Benedict XVI said: "Thank you for your love and support. May you always experience the joy that comes from putting Christ at the centre of your lives."

Reports confirmed that Benedict XVI pledged his allegiance to the appointed person who will fill his shoes.

This comes as the former Pope has broken tradition by resigning, as Popes usually hold their positions until their death.

Benedict XVI, who is 85 years old, will now be known as ‘Pope Emeritus’, it was announced this week.