Autism has different effects on male and female brains 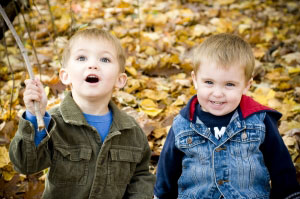 Autism, which is understood to be more prevalent in boys, affects 1per cent of the population. This explains the reason why most previous research focused on them. However, a recent study conducted by UK experts, which involved girls and women affected with autism, revealed that the condition has different effects on male and female brains.

Dr Meng-Chuan Lai, who was involved in the study said: "What we have known about autism to date is mainly male-biased.

"This research shows that it is possible that the effect of autism manifests differently according to one's gender.

"Therefore we should not blindly assume that everything found for males or from male-predominant mixed samples will apply to females."

Carol Povey, Director of The National Autistic Society's Centre for Autism, said that the new study will help understand how autism differs between genders. She added:  "Girls can be more adaptive than boys and can develop strategies that often mask what we traditionally think of as the signs of autism.

"This "masking" can lead to a great deal of stress, and many girls go on to develop secondary problems such as anxiety, eating disorders or depression.

Ms. Povey added, as reported by the BBC: "It's important that we build on this study and more research is conducted into the way autism manifests in girls and women, so that we can ensure that gender does not remain a barrier to diagnosis and getting the right support."