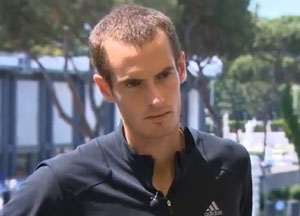 The Australian Open in Melbourne ended with Scotsman Andy Murray taking second place despite a strong start to the final match.

Along the way the UK’s tennis pro endured blisters to his feet, a feather on court, and noise from the crowd.

After three hours of playing against the world’s number one tennis player Novak Djokovic, Murray was beaten by Djokovic as the Serbian made the first break to go ahead 5-3 in the third set.

Spectators could also see a finalist seemingly troubled by a hamstring injury, as Murray hobbled on court. Before the match was over, Murray endured a double-fault.