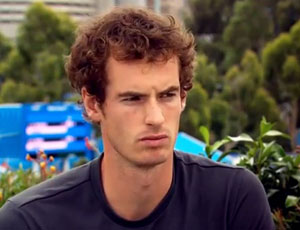 Sources say that tennis champ Andy Murray and girlfriend Kim Sears are perfect for each other...

After a historic victory and bringing great honour to Britain, Andy Murray is expected to pop the question to long time girlfriend Kim Sears. Sources connected to US open tennis hero confirmed that the 25-year-old Scot is already planning for his wedding.

It seems that nobody was surprised about this news though. In fact, according to some reports Murray’s mum Judy has insisted Sears is the best thing that ever happened to her son.

Sports psychologist Roberto Forzoni, on the other hand told The Mirror: “It would not surprise me in the least to see him marry Kim now. She has brought him a calmness off the court and helped him to settle down, she is the rock behind his success. She is someone Andy can really rely on, she has always been a shoulder for him to lean on in the hard times.

“She is now enjoying the best time of his life with him. They are a perfect match.”

The couple first met in 2005 and started dating right after. However, they broke up for a couple of months in 2009 but got back together quickly. They’ve been together since.

Andy Murray is expected to land £20million lucrative sponsorship this year due to his historic win.