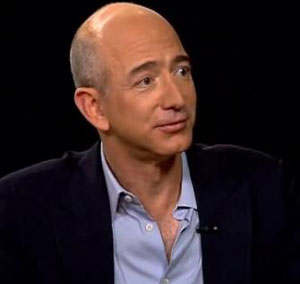 Jeff Bezos, the founder of Amazon, has purchased the Washington Post for $250million

Jeff Bezos, founder of online retailer Amazon, has bought The Washington Post for $250million. The deal is expected to be closed within 60 days.

It will mean that Mr. Bezos will be the only one to own the newspaper.

The deal involves The Washington Post, the website belonging to the newspaper, as well as a number of newspapers and certain aspects.

Mr. Bezos said that there would be change “with or without new ownership”.

“I don’t want to imply that I have a worked-out plan,” Mr. Bezos said.

“This will be uncharted terrain and it will require experimentation. The key thing I hope people will take away from this is that the values of the Post do not need changing,” he told the Post.

Adding: “The duty of the paper is to the readers, not the owners.”

Chair and CEO of The Washington Post Donald Graham explained that the deal happened “only after years of familiar newspaper-industry challenges made us wonder if there might be another owner who would be better for the Post.”

It is understood that the Amazon website is not having any involvement in the deal.