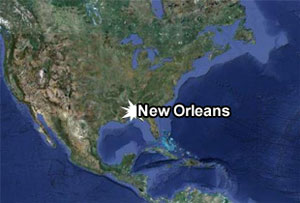 19 people were hurt as a result of a shooting which took place during a Mother’s Day parade in the city of New Orleans on Sunday afternoon, 12thMay, police have said. It has been reported that the majority of the wounds are not life-threatening.

Of those individuals who were injured in the shooting, two children were reportedly grazed by bullets. A police statement has said that the two youngsters who were hurt are believed to be ten years old.

The Mother’s Day parade took place in the north of the city, and police have said that three suspects were spotted following the shooting.

A statement from the police said: “Immediately after the shooting our officers saw three suspects running from the scene."

It also commented that three different guns were used to fire the shots.

As quoted by The Independent, one police superintendent, Supt. Ronal Serpas, said. "We'll get them. We have good resources in this neighbourhood.”

It is believed that many people were in the location when the shooting took place. As of time of press, it is not known why the shooting was carried out.

The parade is referred to as a second-line parade, which is a community event. Commonly individuals can be seen dancing in the street as a parade makes it way along its route. There is often music played at street parades.

The city of New Orleans was tragically hit by Hurricane Katrina in 2005.